skip to main | skip to sidebar

www.auro-ebooks.com › category › authors › sri-aurobindo
Sri Aurobindo has said that – Throughout the Veda it is in the hymns which celebrate this strong and brilliant deity (Agni) that we find those which are the most ...

AuroMaa - At the Feet of The Mother
auromaa.org
This is a non-affiliated site, run by and for devotees and followers of Sri Aurobindo and The Mother. The site features talks and writings of Alok Pandey and ...

pib.gov.in
Referring to Sri Aurobindo's views on education, the Vice President said that education has to be holistic and it must be enlightening and empowering. “It should ...

Dear Colleagues, and Whit, Namaste
Nor science nor ontology nor a putative account of "spirituality" as if independent of them and of experience, can provide a final answer nor characterization of anything, they can only operate in a certain cognitive framework, which ultimately is that of the embodied mind. This is particularly so in relation to the (putative?) existence and constitution of quales,

The case of Phi, Golden Mean, is most remarkable in pointing out to this and to a continuity of the embodied mind with that of a universe as if the mind would not be. If you wish, a panpsychism which does not imaginately require a self to sustain the cognitive framework nor for the universe at large to be such.This is what science as it stands on dualism actually does, and purportedly, quantum mechanics has broken the spell.

In other terms, as if the universe would have a design which can be done whether a partial subject is the case or not, or still the subject paradoxically excluded at large as the universe itself. Here the paradox arises from the joint continuity already mentioned, and the imaginative act of making this continuity redundant if not superfluous. For dualism, there is no such paradox since there is no such continuity, and thus, in the dualistic setting, science is "just so". So too is its ontology.
Diego Lucio Rapoport

To view this discussion on the web visit https://groups.google.com/d/msgid/Online_Sadhu_Sanga/

Hi Deigo,
Can science account for the golden mean being beautiful, or is this akin to the beauty we often find in symmetries (and other geometric patterns), even those which become apparent through science?

There are science-like explanations, such as that we prefer symmetries just because symmetric faces and bodies are clues to genetic fitness. But beyond just-so stories, does science have any purchase on beauty at all? And ... should it? If it should, how should it develop it?
Best, Whit

Dear Colleagues, Namaste
That science has a limited conception of reality is beyond dispute, but this still misses that it further fails short of even mentioning the imaginal domain and its articulation as and in experience. This requires transcending duality, actually a logophysics, rooted in the Klein Bottle metaform.

The issue, as i see it, is not that science cannot account for aesthetics, which is not altogether correct (the Golden Mean), but rather that as has been developed following Plato's rejection of supradualism in the Presocratics, it has been hell bent in appropiation of Nature and directed to war.

When one reads that even the apologetics of music by Plato is in his own words a psyop medium to war, plus all the blabla about "beauty", then we are fully slapped hard into realising how deep this has gone from the very beginnings of this misappropiation.
Cordially
Diego Lucio Rapoport

Namaste,
Modern science reveals an extremely limited conception of reality, and should not be interpreted as explaining the whole story. Science may be able to quantify and predict certain phenomena, but it cannot account for the quality of beauty that this phenomena evokes within the observer.
Humbly in service,
Krishna Keshava Das
Serving Assistant
Princeton Bhakti Vedanta Institute of Spiritual Culture and Science www.bviscs.org

The living organism internally assimilates itself and produces itself. This self-consumption and self-production is its metabolism, by which it anabolizes and catabolizes, creates and destroys its own cellular substructure in order to maintain its own superstructural integrity. Likewise, the superstructural system assimilates the outer environment of which it is an integral participant. It both consumes and produces the environment in which it lives, but on a localized scale, unlike the totality of its destructive and constructive activity that occurs within itself. Reproduction is a production of itself as a totality but in a localized portion of the environment. It is a process of preservation of the species.

The living organism, therefore, ultimately has the Concept as its substance when it is comprehended completely. Thus, the categories of understanding that seek to fix identities in their identity (e.g. A=A, B=B, etc.) cease to be applicable to the living organism whose participants do not possess isolated identities but are identified only in their mutual relations. Unlike chemical objects, the participants of a biological system are produced by as well as productive of the other participants.

Puducherry LG visits Bahour Tank
United News of India-22-Feb-2020
She motivated Kayasree to become an engineer in future and take care of the Bahour lake as a custodian adding that the Sri Aurobindo Society will provide the ..

Mass meditation at Auroville on February 21
Times of India-18-Feb-2020
An audio recording of the Mother reading selected portions from the book, 'The Mother' by Sri Aurobindo will be played during the meditation session.

India needs to revisit MS Golwalkar's life and teachings to ...
The Indian Express-17-Feb-2020
Guruji was also influenced by Sri Aurobindo's teaching that for the creator of the universe, Ma Bhagwati, we must become virtuous souls who can spread love ...

Feel Philosophy
Uberman may come flying - If you harbour even an iota of desire to understand #TheMother & #SriAurobindo, here's a chance just at a glance. #SavitriEra: Sri Aurobindo's theoretical ..

Posted by Tusar Nath Mohapatra at 1:34 AM No comments: Links

If you harbour even an iota of desire to understand #TheMother & #SriAurobindo, here's a chance just at a glance. #SavitriEra: Sri Aurobindo's theoretical salience https://t.co/upjH4BU1Q1 @NathTusar Further:
https://t.co/YGoEhdLyp7
https://t.co/9IaBwJNfVI
https://t.co/h0M1PU8wpP
https://twitter.com/SavitriEraParty/status/1230584947770970113?s=19
I'm not much familiar and I will check. But I don't think Sri Aurobindo recognises them as Devatas; they are rather impersonal principles. Like, Varuna is Vastness, Mitra is Harmony, etc. Thus, all later philosophical formulations are deformations. Puranas and Epics are creative.
Please read 7 in the light of 10. All these are long term pictures and hence there's nothing to fear. But, even technology is perhaps forcing a more uniform cultural atmosphere, you will agree. Thanks.
Frame Publishing
D Frame
… While Hegel is descriptive, Aurobindo is proscriptive as the divine life, where a fully actualized existence is possible in ones lifetime. A gnostic life brings about personal accountability and benefits the species through altruism …
Corporate Karma Leadership is needed to be guided by True Spirituality
S Banerjee - Our Heritage, 2020
… ISSN: 0474-9030 Vol-68-Issue-51-February-2020 A Spiritual leader are the greatest leaders in all respect they get sincere support and faithful followers. Aurobindo is an example. Sri Aurobindo the freedom fighter …
An Observation of Cosmic Consciousness in the Select Poems of Sri Aurobindo
S KARTHICK
Cosmic consciousness is the cardinal philosophy of human life. Sri Aurobindo's poetry reveals the cosmic purpose from the evolution through his Vedic verses. Human being lives in a material life their consciousness may acquire the …
Aesthetic Principles of Hegel and Aurobindo: A Comparative Study
V Jalan
… They advocated about aesthetics in their philosophies and considered it significant in fine arts. Sri Aurobindo and GWF Hegel also gave their theories on aesthetics in literature. They expansively explained the fundamentals of aesthetics and its importance in literature …
Creativity, environment and value: spiritual aesthetics in Sri Aurobindo's Savitri
M Sivaramakrishnan - Creativity, 2019
Starting from the common agreement established in Aurobindo studies that The Life Divine (1914–1919; book form: 1939–1940) was Sri Aurobindo's (1872–1950) philosophical exploration of his ideals, while Savitri (manuscript form: 1916; separate …
EQUALITY AND FREEDOM: READING WHAT A YOGI WRITES 'ABOUT WOMAN'
B Mehra - 2020
… of women were used for our exploration. Also included were Sri Aurobindo's and the Mother's keen … a collection of essays written by Nolini Kanta Gupta, one of the earliest associates and close disciples of Sri Aurobindo. The …
HINDUISMI, AFRICAN HINDUS AND" NEO-HINDUISM": RRTVVEIEN NOVIENCIATURE AND AUTHIENTICITV
AO Atiemo
… Sometimes, it is used as a cover term for most manifestations of contemporary Hinduism as presented by the nineteenth century interpreters of Hindu traditions such as Rammohun Roy, Swami Vivekananda, Sri Aurobindo Ghosh …
Mythic Ramayana: Deciphering the Real through Adaptation
K Chaudhary - Our Heritage, 2020
… today, especially rural women. The Ramayana, the Adikavya-the first epic of Indians-as Aurobindo observed, is an epic that has "fashioned much of what is best and sweetest in the national character" of India. “There can …
PHILOSOPHY AND IDEOLOGY OF PEACE
IOF PEACE
… Thus, from Śaṅkarāchārya to Sri Aurobindo and Rabindra Nath Tagore all the savants of India have advocated this path to comprehend the 'ultimate reality' but which is unreachable by the flippant movements of passions …
Yoga practice and stress management: Spiritual belief as a moderator
NG Barnes, BR Singh, S Parayitam - … Journal of Yoga-Philosophy, Psychology and …, 2020
… However, one of the leading scholars on spirituality of the 20 th -century Sri Aurobindo propagated spirituality and maintained that it is dangerous to give excessive importance to sexual complexes by psychoanalysts, which …
Drawing Connections: Melville's Skeptical Rejection of Emerson's Mystic Optimism
GW Horowitz - 2019
… report the discovery of this larger Self or some facet of it. It has been called psychic being by Aurobindo, Over Soul by Emerson, Inner Man (1958), inner teacher, Higher Self, and so forth.” (129) This higher law, along with its many terms, is the overflowing spirit Emerson …
Thresholds: Enhancing the Experience at the Raymond Farm
SL Shapoval - 2019
… In the 1930's, George Nakashima worked at Antonin Raymond's architectural firm in Tokyo and helped design and supervise the construction of the dormitory at Sri Aurobindo Ashram in Pondicherry, India.16 The time George …
Given the curious tendency of people to convert ontological claims into value claims, I've come to suspect that there's some feature of our psychology that leads us to do this...
I get very impatient with debates in philosophy about who interpreted a philosopher better, or whether we should be Kantians or Hegelians or speculative realists, or whether Heidegger got it right or Badiou got it right. These all have merit and value, but they're not what I'm after. By larvalsubjects Read more of this post 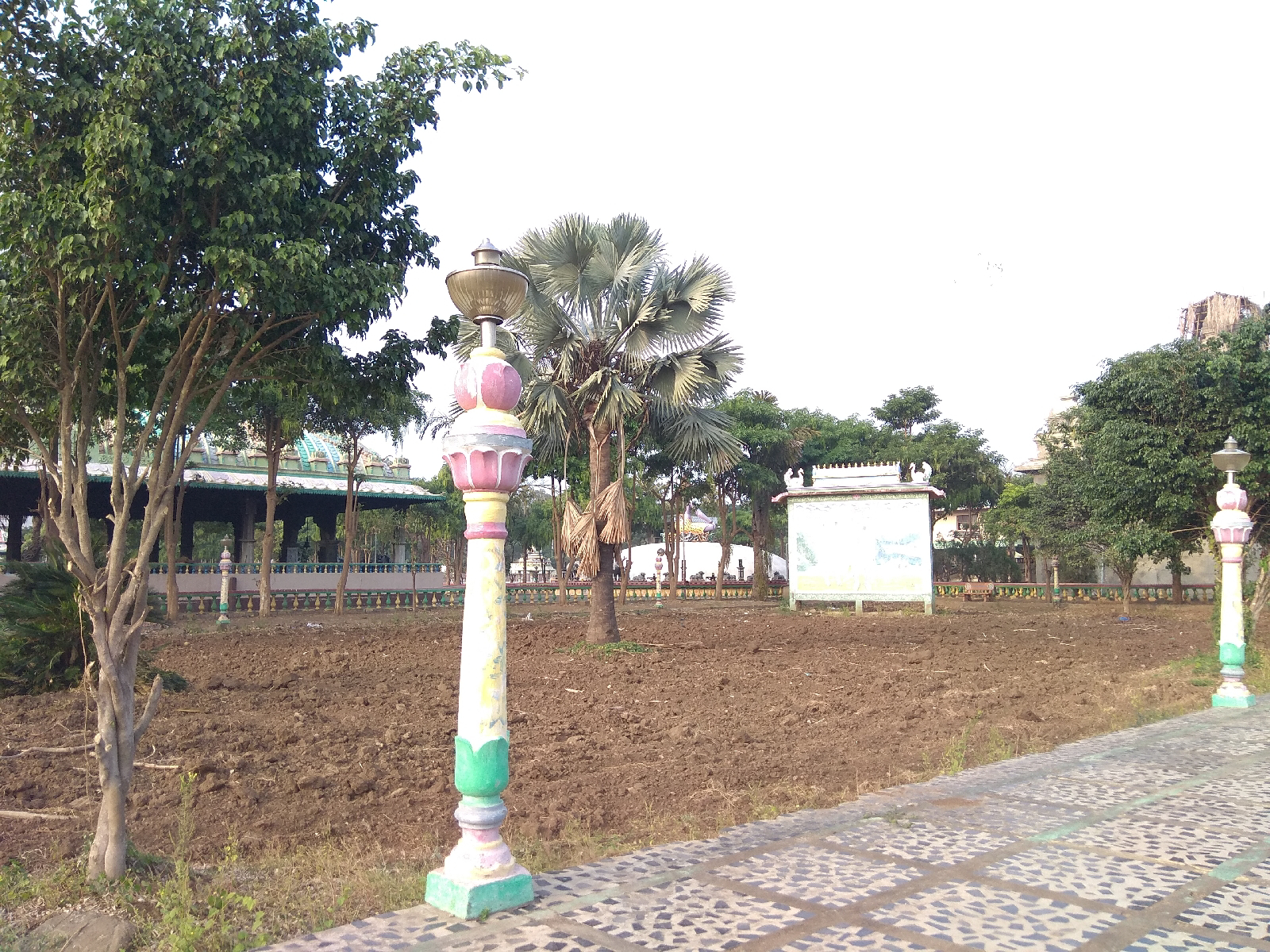 Posted by Tusar Nath Mohapatra at 9:44 PM No comments: Links